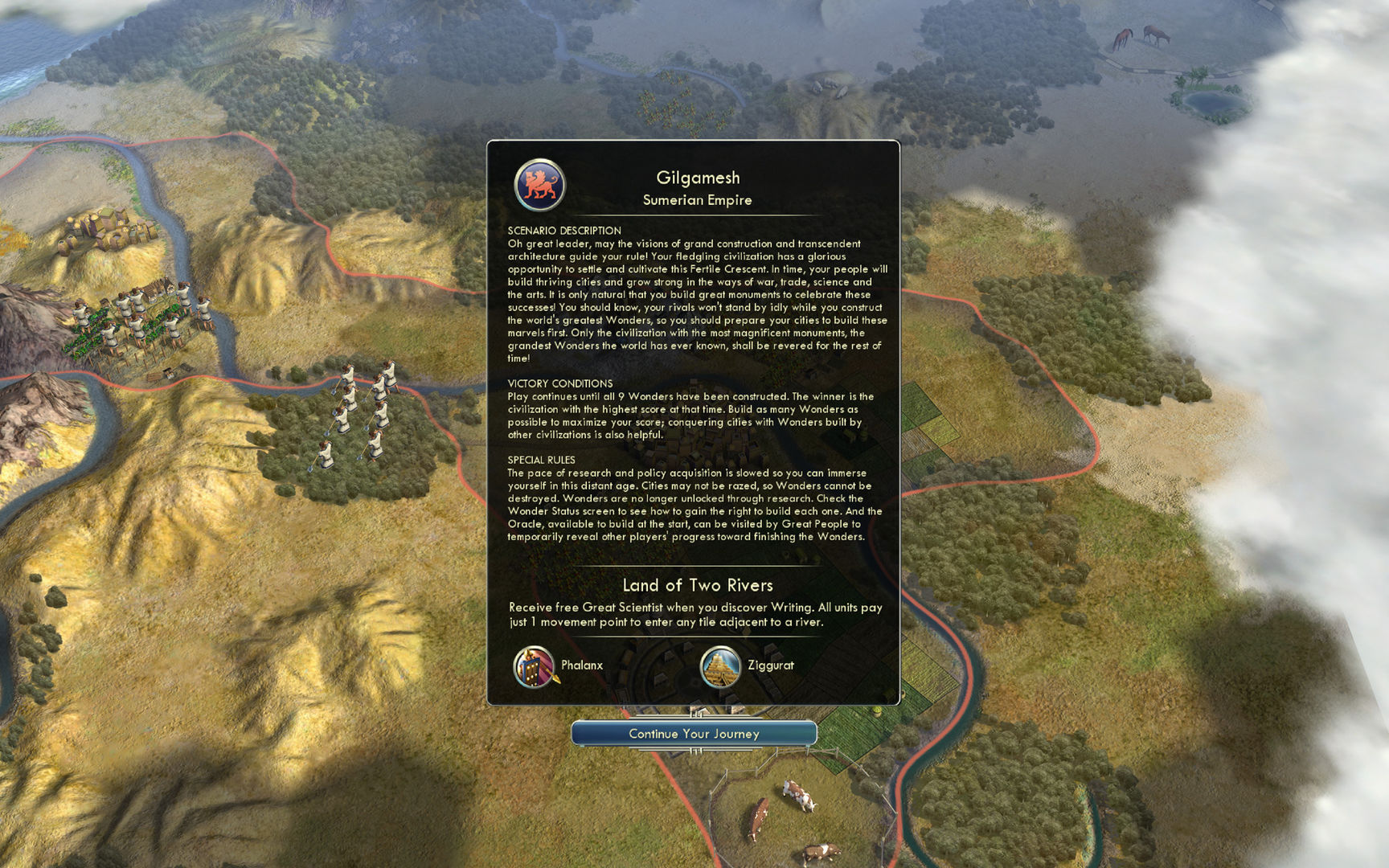 Even the most rational gamers have their quasi-religious rituals. For some that might be an unquestioning commitment to the unchanging Dynasty Warriors series, or to the endless DLC churned out by an ageing MMO. For me, that ritual is buying Civilization expansions, and I’ve been dutifully observing it since Civilization IV: Warlords in 2006 – the first one to really start digging into and tweaking the base game’s systems.But now it’s time to fold up the altar cloth, clear the candelabras, and kiss the oil painting of Sid Meier before taking it down for the last time. The second Civilization VI expansion, Gathering Storm, will be the first in 12 years I won’t be buying. The ritual has been broken.In my I lauded it with the understanding that it was a first step for the game. It carried over and overhauled systems from Civ V’s DLC, like espionage and religion – for better and worse, respectively.

It established a new visual identity, de-stacked cities, and felt like a strong enough foundation for the expansions to go in some bold new directions. I’ve long since accepted that a vanilla Civ game isn’t the finished article, because I respect the complexity of the endeavour, and the fact that the developer wants to feel out opinions on the game before expanding it.Besides, I’ve always found Civ expansions rewarding – from the sweep of imperialism introduced with vassal states in Civilization IV: Beyond the Sword, to the subtle, take-it-or-leave-it religion system of Civilization V: Gods and Kings, all the way to Brave New World and its addition of 20th century ideologies that make the modern era fraught with tension and division. Civ’s expansions have adeptly converted real-world human phenomena into convincing 4X systems. And they’ve always maintained a tricky illusion, that history flows easily from one era to the next, which has been a big part of the series’ appeal for me.Even before the release of the first Civ VI expansion, there were red flags that Firaxis was diverging from this philosophy. The tedious perma-war of the new religion system – in which rival missionaries would strike each other down with god-sent lightning – felt too forceful and clumsy compared with Civ V’s supplementary approach. In the, religion was foregrounded even more with the introduction of Warrior Monks, which suggested that the developer’s vision was veering away from mine.When Rise and Fall did come out my fears were confirmed.

The concepts of Influence and Dark and Golden Ages were solid, but the former was underdeveloped, while the latter felt like a contrived clicker-game layer, doling out points for mostly arbitrary actions while a timer ticked down with each passing turn. It was a flat, inorganic execution of a great idea.It’s naive to expect verisimilitude from a game constrained by the specific rules of 4X design, driven as it is by five or six point systems and a few clearly defined victory conditions to race towards.

Beneath the cultural and historical referencing, Civilization is essentially a board game. But where previous expansions have kept this balance in check, the latest batch seems to be looking for ways to fill up a 4X game rather than add convincing new ways of exploring humanity’s journey. Through the agesClimate change was an understated but powerful system in the first four Civilization games. As your industries grew so, too, did pollution, causing tiles to become more dry and less productive. What you couldn’t do was use climate change as a comic book superweapon. But that’s what Gathering Storm introduces to Civilization VI in February 2019.Now, in the, the two standout newcomers – climate change and World Congress – are returning from previous games.

That’s not a problem in itself, but the World Congress was such a vital late-game feature in the last two outings – giving dealings of the modern era that globalist UN feel – that it beggars belief why it was cut in the first place, rather than reworked.That leaves climate change as the showcase feature. The last time we saw this represented was in Civilization III, where it was a fairly small, togglable system. Overpopulation, pollution, and nuclear waste would cause the world to become more arid, and cities to subsequently depopulate. It was similarly insidious in the first two Civ games.But when global warming is headlining a £30 expansion, in an era where climate change feels far more immediate, it needs to make one hell of an impact. To that end, Firaxis has already made it clear that players will be able to weaponise climate change by raising temperatures and sinking the coastal cities of their enemies. There are benefits to caring for the planet too, so it’s not like it’s one-sided, but the system belongs more in a campy supervillain simulator than anything connected to empire-building.This promise of absurdity feels like a way to mask the fact that the political and diplomatic side of the game against AI remains underwhelming.

After more than two years, I still constantly experience AI flipping from best friend to mortal enemy, or at the higher difficulties find that opponents don’t know how to convert their overwhelming numerical advantages over me into a victory. AI decision-making is poor, which doesn’t bode well for the returning World Congress: a system that involves cunning, complex statecraft, and one that the similarly AI-asinine Civ V struggled with.

Rather than add convincing new ways of exploring humanity’s journey, expansions now just fill out the 4X gameThere are a few other additions in there that aren’t unwelcome, and it will probably amount to a fun enough experience, particularly in multiplayer where these systems can really be exploited. I also think Gathering Storm will benefit from zeroing in on a specific late era rather than trying to blanket the entire game, as Rise and Fall’s Ages did.But there are plenty of 4X games, set in fantasy worlds or space, where the rules of Earth don’t apply, and you can really go wild with systems from the outer reaches of the developer’s imagination. Civilization can’t compete at that level. Its strength has always been its reverence to human history, however alternative. But, at this point, it looks like the series is losing its precious grasp on reality.

Before you continue.Engadget is now part of the.We (Oath) and our partners need your consent to access your device, set cookies, and use your data, including your location, to understand your interests, provide relevant ads and measure their effectiveness.Oath will also provide relevant ads to you on our partners' products.How Oath and our partners bring you better ad experiencesTo give you a better overall experience, we want to provide relevant ads that are more useful to you. For example, when you search for a film, we use your search information and location to show the most relevant cinemas near you. We also use this information to show you ads for similar films you may like in the future. Like Oath, our partners may also show you ads that they think match your interests.Learn more about how and how our.Select 'OK' to allow Oath and our partners to use your data, or 'Manage options' to review our partners and your choices.Tip: to save these choices and avoid repeating this across devices.You can always update your preferences in the.